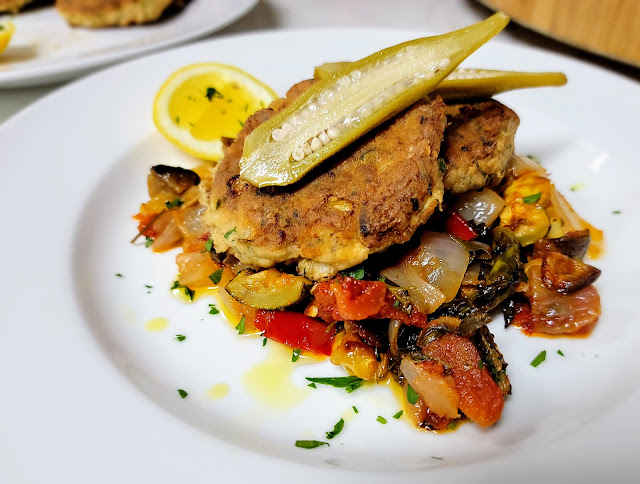 The GrecoSoCo cooking journey continues. You may remember (from earlier posts) that I often blend my Southern husband's traditional recipes with the Greek methods that I grew up with. Sometimes I combine two traditional recipes, one from Dewey's family and one from mine. It's a beautifully paired combination of the physically and culturally different cooking traditions, but it works...just like me and Dewey, now married for almost 30 years.

Today's dish is a combination of something that Dewey grew up eating regularly, salmon croquettes, and a Greek Heritage Cooking vegan dish, Briam, that my family ate throughout the summer months as various vegetables were growing abundantly in our gardens. A printable recipe is waiting for you here. 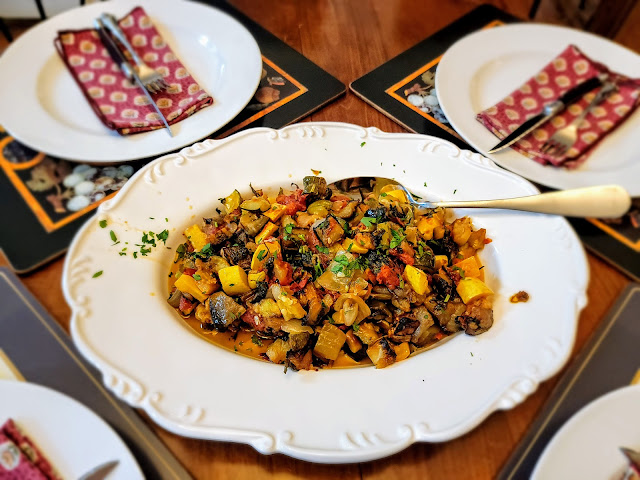 Dewey's mother, Bertie, served the croquettes with stewed squash and sliced tomatoes. We ate the Briam on its own, but with the ever-present Feta cheese, bread and olives on the side. My mashup of the two recipes and two traditions doesn't take long and is as easy as stirring a few ingredients and chopping a few others. The Briam cooks while the salmon croquettes are mixed and fried. Briam is perfect at any temperature, so it can be cooked ahead and pulled out of the oven to serve cold or at room temperature. As the wonderful Ina Garten says so often, How easy is that? 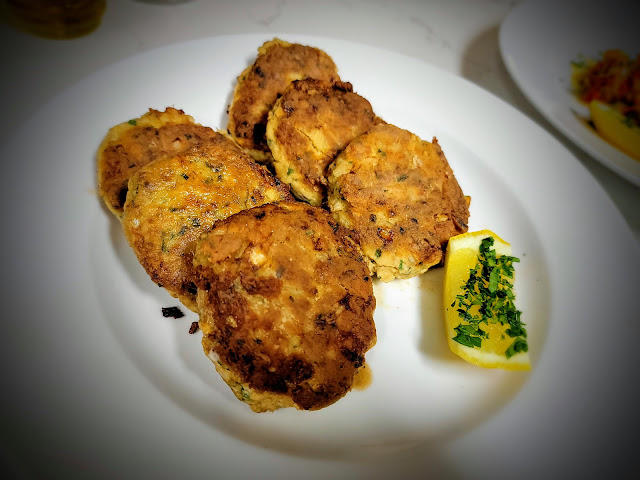 Briam is such an easy recipe that you don't need a recipe. It's seasonal vegetables, canned tomatoes, herbs and olive oil. While I've provided you with a recipe, feel free to customize it. For this batch, I had asparagus that I wanted to use, so into the mix it went. If you dislike peppers, don't use peppers. If you have a few green beans that you need to use up, add them to the pan. The traditional recipe is made with larger pieces and is slowly roasted for two to three hours. Cutting the vegetables into smaller pieces and laying them out on a sheet pan cuts roasting time down to one hour! 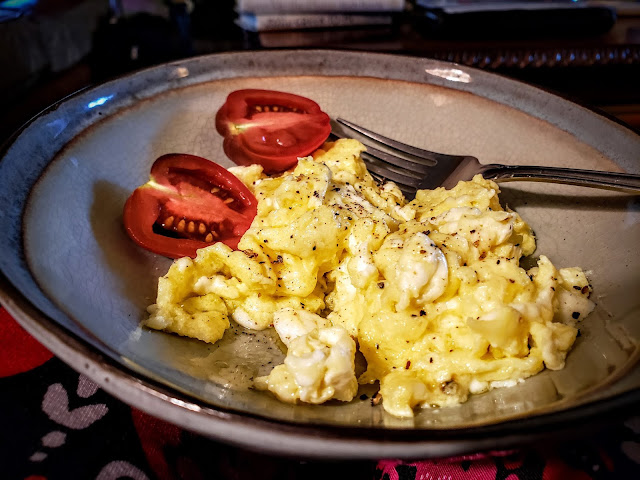 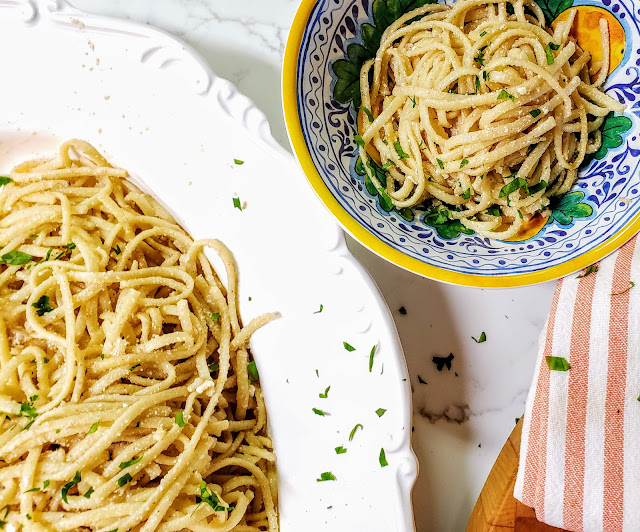 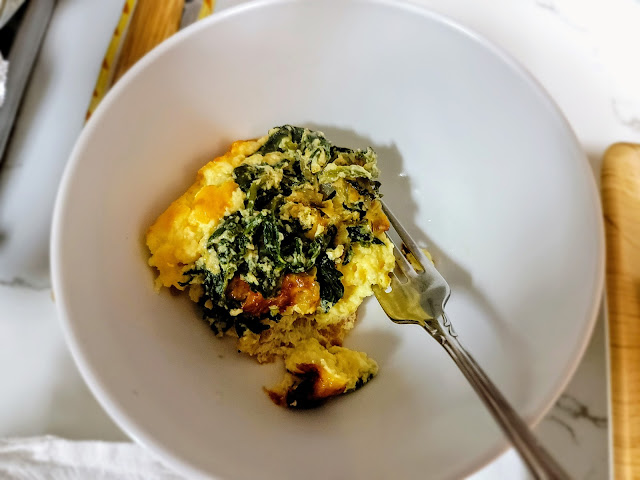