It's getting closer to one of our favorite U.S. holidays, Halloween! In honor of this favorite and to offer you something pleasantly scary to eat, I am showcasing a rarely heard of and often misunderstood ancient grain, freekeh. In particular, I am showcasing Marsh Hen Mill's Freekeh, which I've used to develop several new recipes. From today until the end of the month, I will share one freekeh recipe on Fridays. Because we're heading towards Halloween, and because this grain is not well known, this series of recipes will be called #FreekehFriday and will be shared on Instagram with the same hashtag.

Freekeh is a freaky grain (apologies to Rick James) and it's scary to most people because they're not sure how to cook it. I was in that group until recently. I have since learned all about the amazing nutritional value of this ancient grain, and I have learned how easy it is to cook and to add to soups, muffins, salads, the breakfast table and a multitude of other recipe standards. 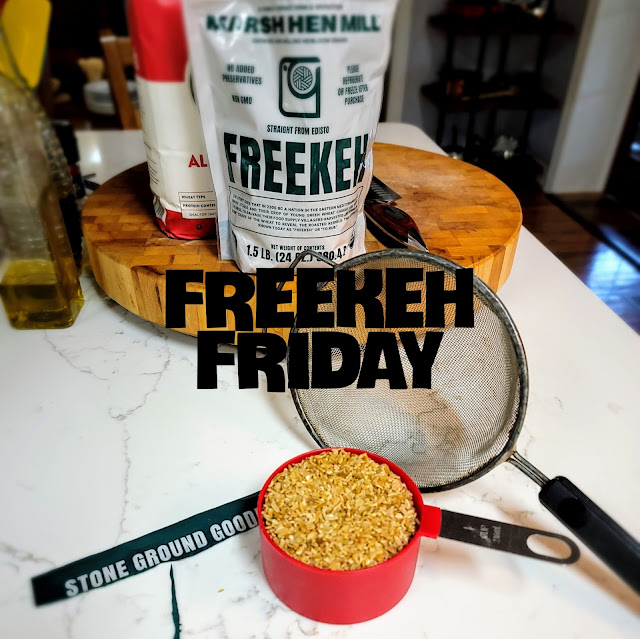 The first freekeh recipe in the #FreekehFriday series is Freekeh Pumpkin Pancakes. Seriously? Yes, I told you this would be scary--scary good! Here's the recipe in printable format.

Everyone loves a fabulous stack of pancakes. Of course! But how about fiber? Who loves fiber? Well, you probably should. Check out the benefits from the Mayo Clinic website. That's great, but pancakes provide empty calories, right? So, no! Not these pancakes! Read on.

Pumpkin provides fiber, it's low in carbs, very high in Vitamin A and also provides notable amounts of Vitamin B2, potassium, copper, manganese, and iron! Not shabby!

Freekeh has a freaky amount of fiber and nutrients, in fact, more than any other grain! According to Healthline (articles written and researched by nutritionists and dieticians), it's loaded with a considerable amount of protein, manganese, phosphorus, niacin, magnesium, copper, zinc and Vitamin B6. Now, that's what I call a supplement! In addition--yes, there is more--this grain has a low glycemic index value, which keeps blood sugar balanced instead of causing it to spike after eating carbohydrates. 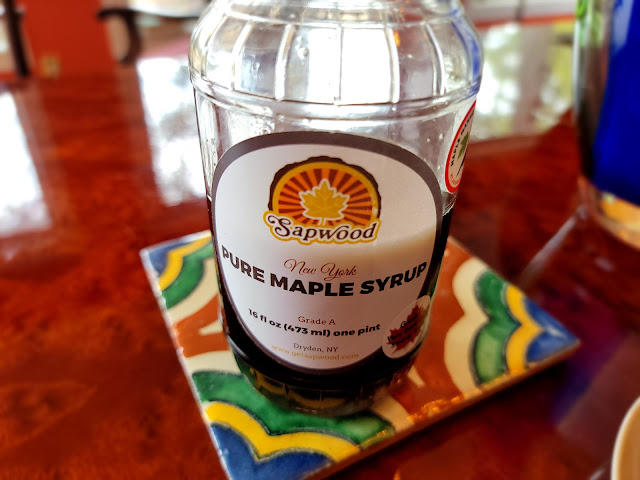 A match made it heaven! Pumpkin and freekeh in pancakes--a breakfast food that is a big favorite. In my recipe, I've added very high-quality maple syrup from Sapwood Farm near Ithaca, New York. It's handcrafted following the traditions of Native Americans. This is small batch, wood-fired syrup that you'll want to savor and treasure as much as your favorite bourbon. And besides being so darned delicious, maple syrup features a bit of nutrition too: manganese, riboflavin, and polyphenols! Recipe here. 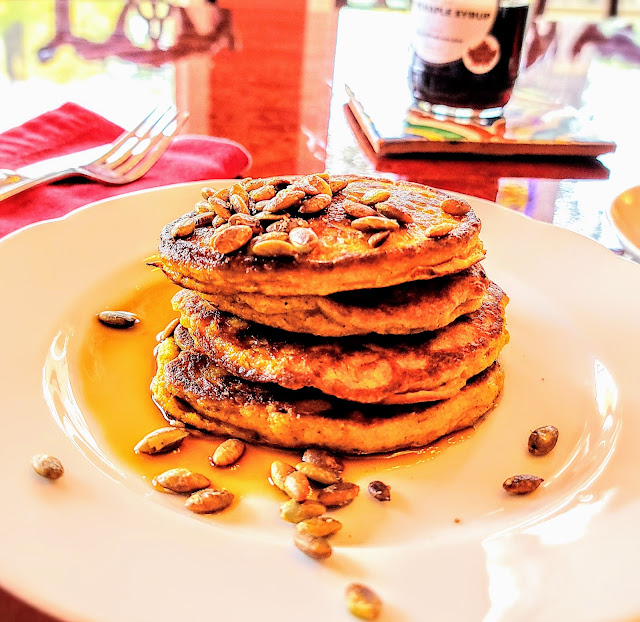 Want more? How about the salty and delicately crunchy goodness of pumpkin seeds that you toast yourself in under two minutes?  It's essential. Make a big batch to snack on. It's all in my recipe. 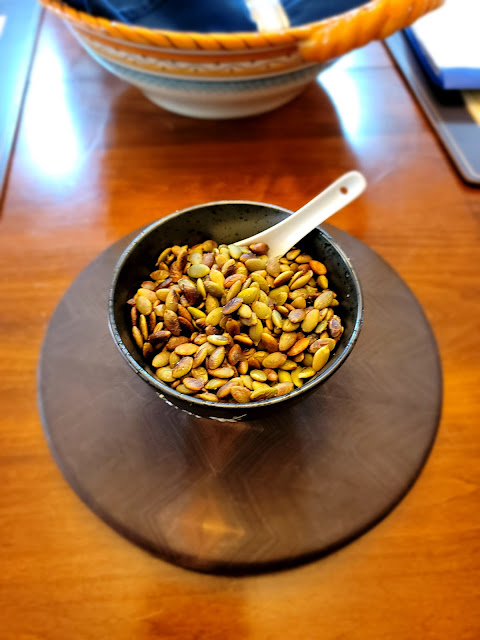 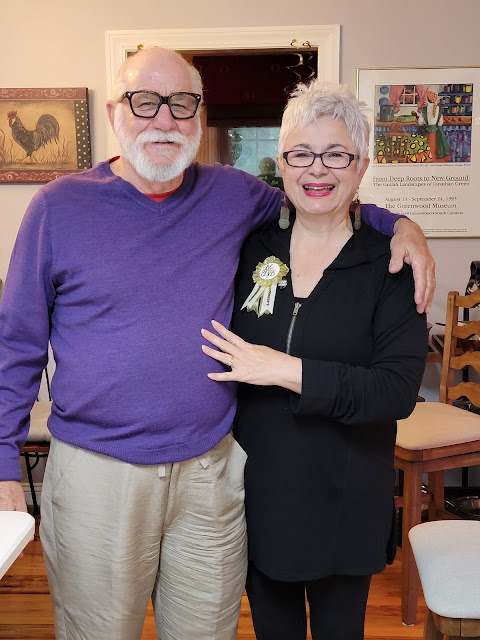 Thanksgiving Recipes Curated for You 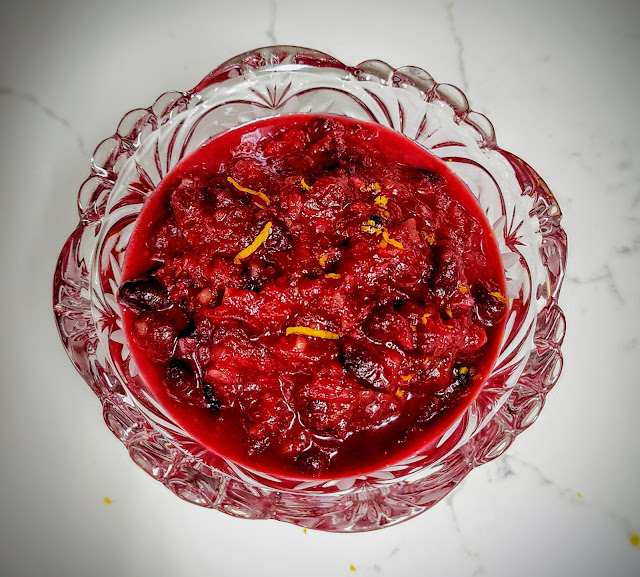 How I Relish a Good Relish 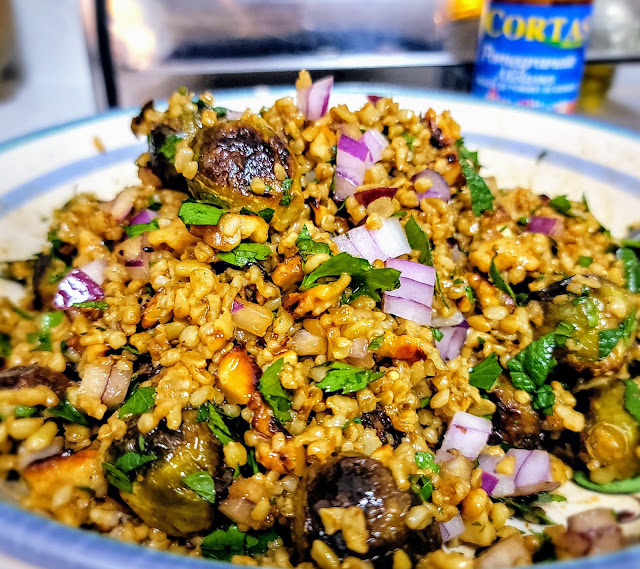 FREEKEH FRIDAY Salad or Side Dish?